There has never been a better time for corporates to invest in this sector, says Meghan Sharp, Global head of Decarbonization Partners.

Decarbonisation is a $4.5 trillion a year opportunity for asset managers –and everyone is invited to join the party, said Meghan Sharp, the global head of Decarbonization Partners, a 50-50 joint venture between BlackRock, the world’s largest asset manager, and Temasek, the Singaporean state investment company.

“$4.5 trillion is what needs to be deployed every year from this year until 2050 in order to support innovation for decarbonisation,”Sharp told the GCVI conference in Monterey in June. “As a global citizen,I find that number overwhelming. As an asset manager, that is an opportunity, a historic opportunity. That is what BlackRock and Temasek are trying to capitalise on.”

Sharp, who was formerly global head of BP Ventures, BP’s global corporate venture arm, before joining Decarbonization Partners in February, says she is looking for corporate investors to partner with.

“That harsh dividing line between strategic and financial investors that has been in play for so long is getting very blurred now. I do not see any financing rounds where there is not a mixture of financial and strategic VC. A coinvestment model makes sense.

“At Decarbonization Partners, I fully expect us to coinvest in strategics in just about every round. It is my background and I have seen what the right strategic investor in the cap table can bring to these types of companies,”she said.

Since February, Sharp has done three deals, including investments in MycoWorks, a startup making mushroom-based biomaterials, and Group14 Technologies, the developer of a material to enhance the performance of lithium-ion batteries. Each of these rounds has included a strategic investor closely related to the company. Porsche, for example, co-led the $400m round into Group14 Technologies and is planning to deploy batteries using the technology in its vehicles in 2023.

Decarbonization Partners, which has offices in Singapore, London, New York, Houston and San Francisco, is focusing on companies that are in the late venture or early growth stage. It seeks to fund series C and D rounds.

“We would not invest in a pilot, but we would invest in the first commercial facility. It is scale-up risk, rather than technology risk,”said Sharp.

She says there are already hundreds of VCs focusing on early-stage decarbonisation startups –and it is a good thing there are so many because this is an area where you can expect a high number of failures at seed and series A.

A couple of other decarbonisation funds have been created recently to focus on growth-stage companies, including TPG Rise Climate, launched in early 2021, and BeyondNetZero, a new climate fund launched by General Atlantic.But Sharp points out that she can still count the number of such funds on one hand. Given that these big rounds will need big syndicates of investors, there is plenty of room for more in the market.

The fund is looking at a broad array of areas, including carbon capture and storage, carbon management, bio and low-carbon products, renewable power, advanced mobility and digital transformation. The only area that the fund will not look at is foodand agriculture, because Temasek already has a number of investments in that. But everything else is on the table.

Is it different this time for climate technology?

Just 15 years ago, the sector was known as “alternative energy”, then it was cleantech, then cleantech 2.0, then climate tech and now we are talking about decarbonisation and net zero targets. But along the way there have been a lot of failed investments and big decarbonisation companies have failed to materialise.

When asked if all the rebranding means there is more success this time around, Sharp is, perhaps not surprisingly, an optimist.

“Things feel very different from 15 years ago. We have governments with net-zero targets. We have corporations, the technologies have improved, there is customer demand for less carbon-intensive products and there is shareholder demand. There is an upswell, it really feels like the time is now,”she said.

With broader uptake, the decarbonisation industry has a shot at turning technology into mass market propositions that can compete on cost with more carbon-intensive alternatives.

“The big challenge is to drive down the cost-curves of technologies. The price of solar is coming down 20% every year. Electric vehicles are expected to be at price parity with internal combustion engines by 2024,”said Sharp. “Some experts say that 70% of sectors will be at cost parity with their more carbon-intensive counterparts by 2030. That is optimistic, but that is if you take the capital and deploy it where it is needed.”

Correction, not a crash

Sharp also believes that a market correction will not derail investment. First, she said, it is worth remembering that what we are seeing now is a market correction, not a crash. Prices had become too frothy in 2021 and a return to sanity was overdue. “It is a market correction and people should not wait for a recovery,”said Sharp, making this a great time for anyone building up their portfolio to invest at reasonable prices.

Furthermore, the urgent need for decarbonisation means this sector is, to some extent, now outside of market cycles.

Sharp recalled how, when she was at BP during the start of the pandemic, the oil price fell through the floor and the BP leadership was focused on diversifying the company to protect against such fluctuations. Now, the price of oil is through the roof and Larry Fink, the CEO andchairman of BlackRock, is focused on diversification of energy because of energy security concerns, said Sharp.

“It does not matter if the prices are going through the floor or the roof, the answer is still the same.” 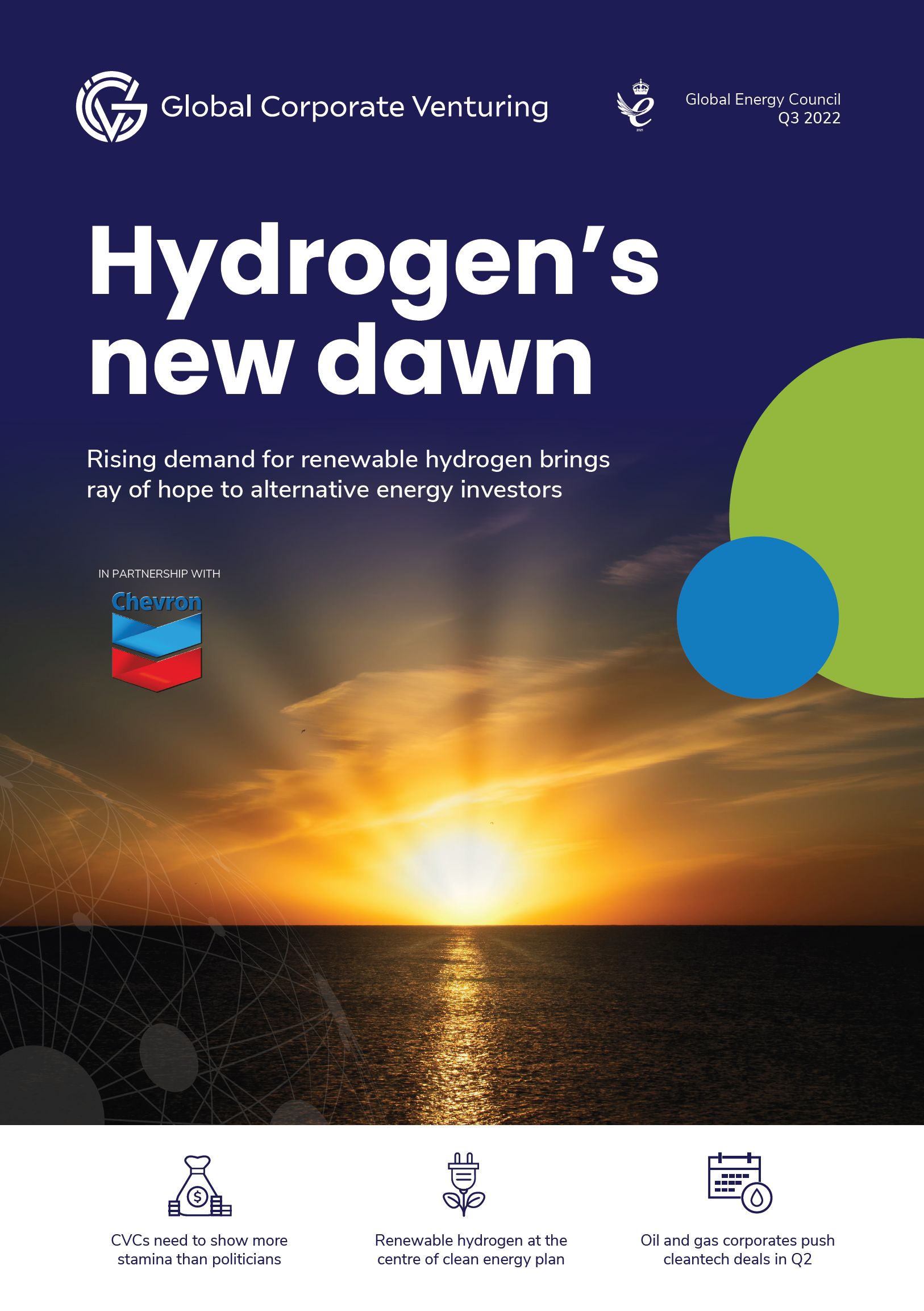