In the second part of our look at the year's corporate venturing trends, we analyse fintech and enterprise bull markets along with some emerging regions.

If 2021 saw records broken on both the funding and exit levels, it’s also worth looking at where that capital was allocated. Crypto and blockchain was one of the sectors that helped fintech emerge as the primary sector for funding while enterprise software had a strong year and money flowed to emerging markets like Indonesia and Nigeria.

Financial technology was the biggest game changer this year, with the 2020 covid-19 lockdowns precipitating new models of payment in addition to new structures.

Online share trading platform Robinhood had one of the most eventful six months of any company in the first half of 2021. Users pumped considerable amounts of money into ‘meme’ stocks like GameStop, Nokia and AMC – many of which were name brands considered undervalued in the wake of the pandemic – meaning Robinhood had to raise $3bn to cover the collateral requirements of its clearing house.

In the event, the Alphabet and Roc Nation-backed company secured $3.4bn in equity financing in February. It went public four months later in a $2.09bn initial public offering, pricing its shares at the bottom of its $38 to $42 range. Even that came to seem high, its shares closing at $18.20 yesterday.

The sector’s largest IPO involved Nu Holdings, the operator of Brazil-based digital bank Nubank, raising $2.6bn in a US offering earlier this month. Elsewhere in digital banking, Tencent and Allianz-backed N26 netted $900m at a $9bn valuation while Revolut bagged $800m in a July round featuring SoftBank Vision Fund 2 valuing it at $33bn, Chime raised $750m at a $25bn valuation and Slice secured $220m in series B funding.

There were also increasing numbers of banking apps targeted toward children, including Greenlight, which secured $260m from investors including Wells Fargo Strategic Capital, and Step, which received $100m in a series C round featuring Stripe.

Klarna spearheaded a group of buy now, pay later operators that raised substantial amounts this year, closing a $1bn round in March before Vision Fund 2 led a $639m round four months later that lifted its valuation to $46bn. Klarna itself took part in a $100m series C round for Billie, while Zilch and Addi received $190m and $140m in their series B rounds and FinAccel agreed a reverse merger in August at a $2.5bn valuation.


The fastest growing sector within fintech involved cryptocurrency and blockchain product developers, which were fuelled by corporate capital within the sector, notably from the likes of Coinbase, Binance, Alameda Research and Animoca Brands.

The overall funding in corporate venture capital-backed rounds for pure-play cryptocurrency technology developers rose from $773m over 35 deals in 2020 to more than $6.3bn across 92 rounds this year, according to Global Corporate Venturing data.

Coinbase, the corporate-backed operator of a cryptocurrency exchange, went public through a direct listing in April valuing it above $65bn, three months after digital currency platform Bakkt agreed a reverse merger at a $2.1bn valuation. Blockchain payment technology provider Circle was valued at $4.5bn in its own reverse takeover.

Digital currency exchange FTX, received $900m in a July round featuring Coinbase and SoftBank,  and hiked its valuation to $25bn three months later in a $421m series B-1 round. Peer Gemini subsequently took in $400m through a November round.

As the year progressed, blockchain and crypto technology increasingly began to stretch outwards into new areas, initially with non-fungible tokens (NFTs), mirroring their increasing influence in the collectible investment space.

NFT fantasy sports operator Sorare received $680m in a SoftBank-led series B round valuing it at $4.3bn while Dapper Labs – also a big CVC investor – lifted its valuation to $7.6m in a $250m GV-backed round, and corporate-backed NFT marketplace OpenSea was reported last month to be in talks to raise money at a $10bn valuation.

The space also saw a flurry of rounds for play-to-earn gaming guilds towards the end of the year, and we expect this to be a significant growth area in 2022.

The shift to working from home in recent months also served to push the development and funding of enterprise software forwards.

In addition to newcomers like Zoom, HubSpot and Twilio, existing participants like Salesforce Ventures, Okta Ventures and M12 continued to invest strongly in the sector.

Corporate-backed data analytics software provider Databricks had perhaps the biggest year of all, securing $1.6bn in a series H round valuing it at $38bn following a $1bn round earlier in 2021. By the end of the year it had become the latest player in the sector to set up its own corporate venturing unit.

American Express Ventures and Citi Ventures contributed to a $394m round for identity verification software provider Trulioo while, elsewhere in the sector, Socure raised $450m at a $4.5bn valuation and Incode received $220m in a SoftBank-led series B round.

Moving away from technologies for a moment, it was notable that several geographical markets also experienced significant growth in their startup sectors in 2021 with corporate backing.

Southeast Asia witnessed a considerable uptick this year, with companies in the region raising a total of nearly $17.9bn according to Pitchbook Data, more than double the $7.57bn they secured in 2020, the second consecutive year of such growth.

Indonesia was at the centre of much of that growth and was responsible for $7.6bn of the funding. Two of its biggest players – e-commerce marketplace Tokopedia and ride hailing service Gojek – merged in May at an $18bn valuation, and the resulting company, GoTo, raised $1.3bn last month as it gears up for an IPO expected to bump that valuation up towards $30bn.

The country’s largest round was closed by delivery and warehousing services provider J&T Express, which received $2.5bn from investors including Tencent last month. Another logistics provider, SiCepat Ekspres, completed a $170m series B round that included Telkom Indonesia’s MDI Ventures unit in March, while online investment service Ajaib bagged $153m in an October round featuring SoftBank.

Another emerging market, Nigeria, proved to be fertile ground for startups at an earlier stage, particularly in fintech, where mobile payment software developer OPay secured $400m in an August round valuing it at $2bn, marking SoftBank Vision Fund 2’s first investment in Africa. 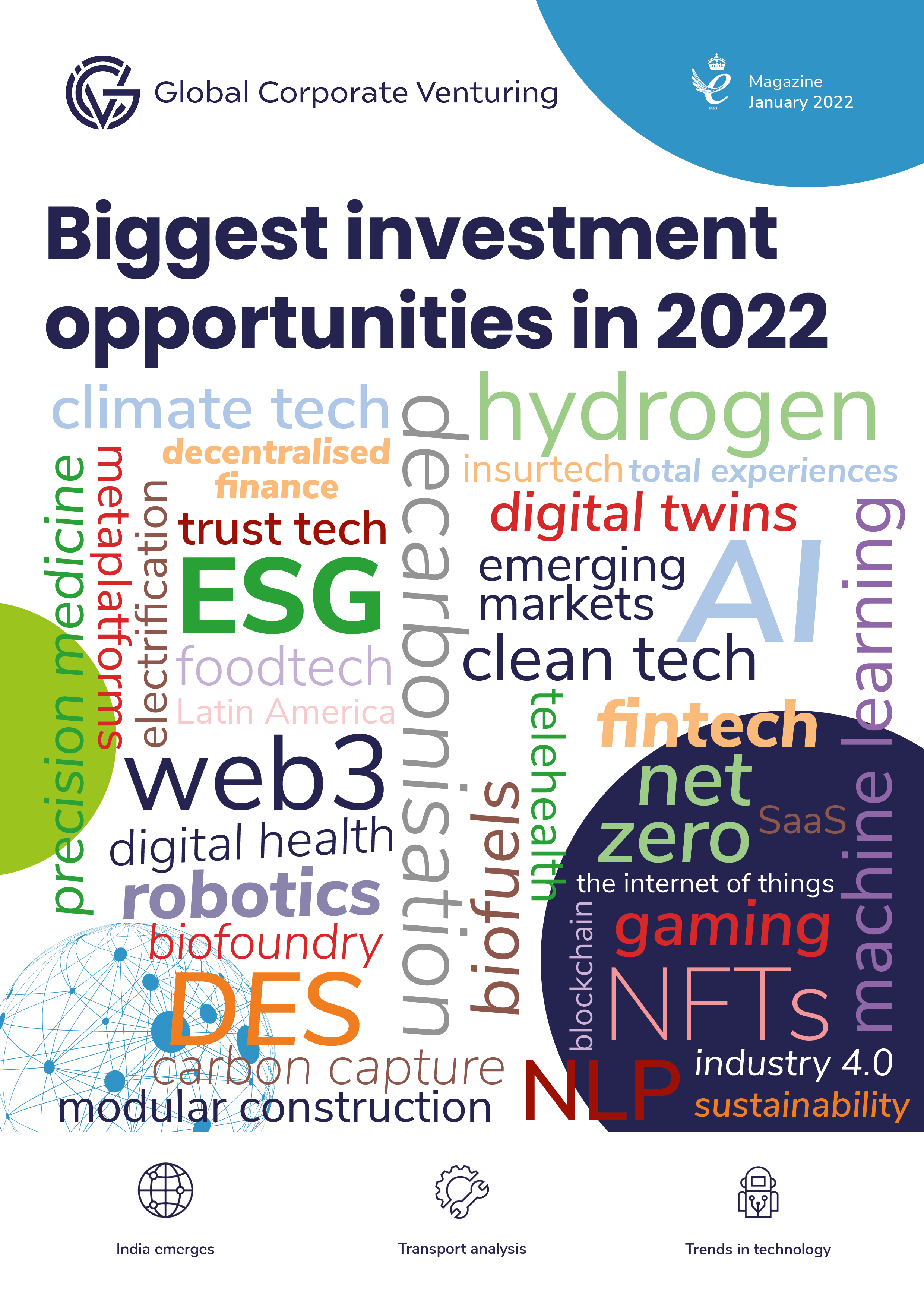 India catches up on corporate venturing