Burger to hand over CTV next month

Jim Gable, who is vice-president of downstream technology and services at Chevron, will run its CVC unit.

After 34 years at US-listed oil major Chevron, Barbara Burger, vice-president of innovation and president of its corporate venturing unit, Chevron Technology Ventures (CTV), will hand over her role next month.

Jim Gable, who is vice-president of downstream technology and services at Chevron, will replace Burger from the start of February.

Burger will leave Chevron in April having joined Chevron in 1987 as a research chemist and took over leadership of CTV in 2013. (A full profile will be published next month as part of the World of Corporate Venturing annual review as part of a special award Burger is receiving at the GCVI Summit.)

Eimear Bonner, vice-president and chief technology officer at Chevron, in a statement said: “She [Burger] has played a significant part in driving innovation, technology and new business solutions within Chevron. She has also been instrumental in Chevron’s leadership of the external innovation ecosystem through partnerships such as The Ion innovation hub in Houston and Boston-based Greentown Labs.”

Bonner added: “Jim’s experience at Chevron is deep and diverse. Combined with his technology commercialisation experience with CTV early in his career, as well as in his current role, Jim is poised to lead CTV to even greater success.” 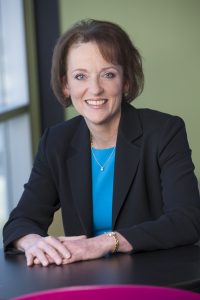 Editor’s correction: The original article said Burger would also be leaving in February. The story has been changed to reflect the handover to Gable happens in February but Burger will leave Chevron in April.