Embracing the circular economy for a cleaner Earth

“When you only have one swimming pool, you gotta fish out the turds already floating around, while simultaneously convincing people to stop dropping new turds.”

This evocative quote from Chris Sacca about his new $350m carbon removal fund, backed by the ever-impressive Patrick Collison and his brother at Stripe, sums up the interest in carbon capture and underground storage, as well as decarbonisation to limit greenhouse gases being added to the atmosphere.

The topic of making the world a better place – whether through tackling climate change or innovation on security – will be top of the agenda for the next GCV Symposium and GCVI Summit in London and California, respectively.

While most people agree on the importance of protecting the environment, the reality remains that people prefer lower-priced and abundant energy rather than limiting the known damage that might affect future generations.

After all, the near-10-fold increase in energy consumption between 1950 and 2020 – three-quarters from fossil fuels – came despite the warnings even basic physics indicated about pumping carbon into the atmosphere.

This is why US-based payments provider Stripe has committed to a cleantech venture capital fund, Lowercarbon Capital, and joined a consortium agreeing to buy carbon removal technology from startups.

Stripe has joined with Google parent Alphabet, Facebook parent Meta, e-commerce platform Shopify and consulting firm McKinsey to commit to purchasing $925m-worth of permanent carbon removal from companies that are developing the technology over the next nine years. The syndicate made the commitment through the creation of Frontier, an advanced market commitment funding model that was initially developed to spur demand for vaccines.

In the US, a bipartisan infrastructure bill included $3.5bn in direct investment by the federal government in carbon-capture technologies, while both the UK and European Union have committed to capturing five million tonnes of carbon dioxide per year, according to CNBC, potentially including from Switzerland-based carbon sequestration company Climeworks, which raised $650m at the beginning of April.

The greatest opportunities could come when the captured carbon is turned into useful products, rather than just stored underground as waste and a potential questionable use of subsidies.

Researchers at Northwestern University in the US and the carbon capture firm LanzaTech have reportedly used synthetic biology to turn the carbon dioxide output of processes such as steel milling into the chemicals acetone and isopropanol, which are common industrial solvents used to make plastics.

By reprogramming the genetics of a carbon-fixing bacterium, this process reduces both some of the emissions of the highly polluting industrial process and of the production of the two chemicals. LanzaTech is best known for turning carbon emissions into ethanol and clothing.

This so-called circular economy will help to address people’s basic need to stay warm and continue to benefit from modern technologies and innovation, without causing irreparable damage to the planet. The Abu Dhabi-based global International Renewable Energy Agency and the world’s largest utility company, the State Grid Corporation of China’s latest report, Smart Electrification with Renewables: Driving the Transformation of Energy Services, discusses strategies and trade-offs to support a scenario where global electricity consumption doubles by 2050, but global temperature increase remains “well below 2ºC”.

The elements for tackling the challenges are increasingly clear, but doing so in a timely way and dealing with second-order problems that will crop up, such as supply chain issues from a reliance on limited rare earths to store electricity, remain.

The next meeting of the Global Energy Council of CVCs chaired by Girish Nadkarni will be held on 18 May at the GCV Symposium in London and introduce Siemens Energy as its new member after the completion of National Grid’s term of service. 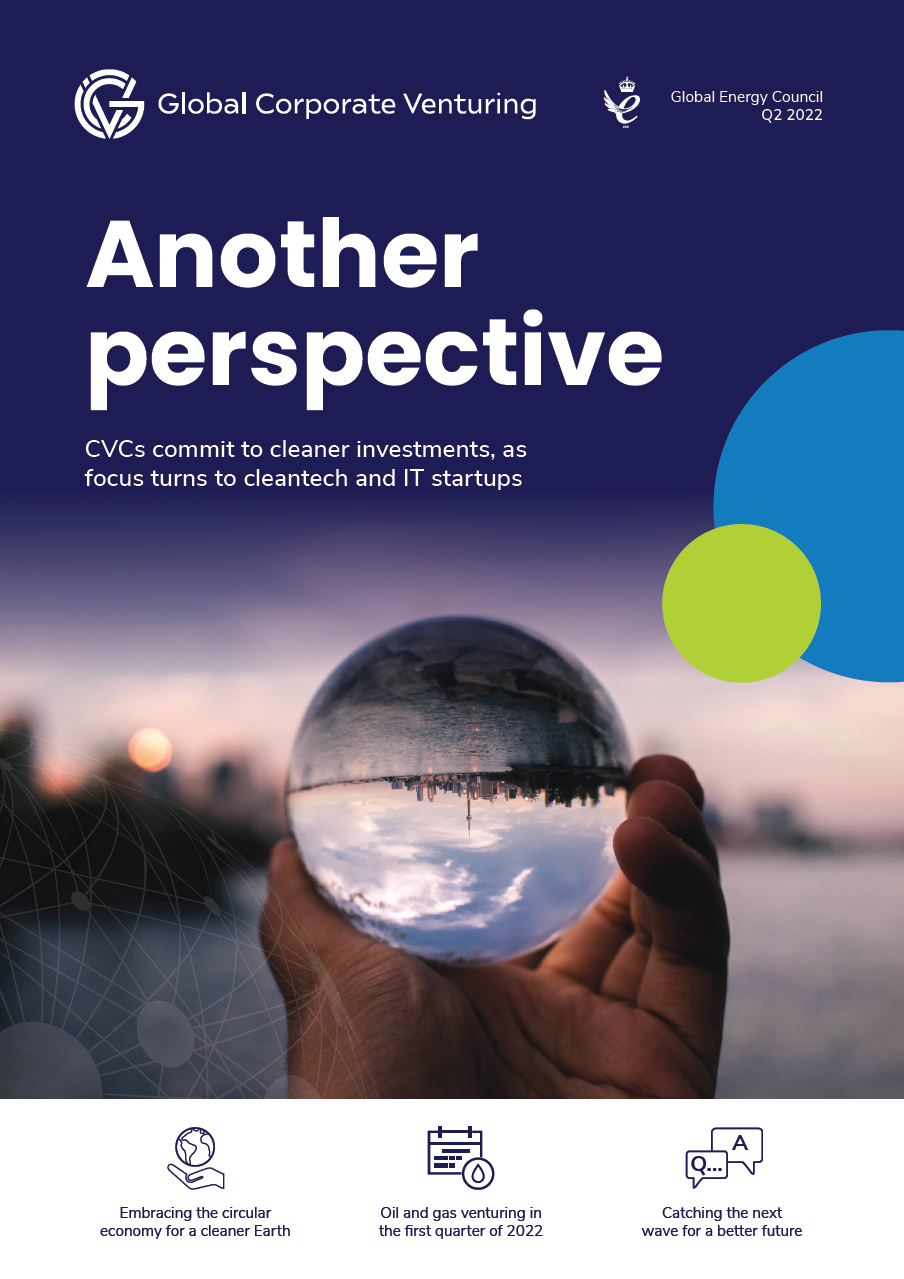 Embracing the circular economy for a cleaner Earth

Oil and gas venturing in the first quarter of 2022

Q&A: Catching the next wave for a better future