Perpetual optimism is a force multiplier, according to Colin Powell’s 13 rules of leadership, and the late US Secretary of State’s insights lived on at the 10th Global Corporate Venturing Symposium in London.

The event brought together hundreds of the world’s best investors, who shared their unique insights about the innovations they see and how the professional development of the corporate venturing community is creating a factory-like system to incubate, accelerate, invest and partner to scale up opportunities.

In his keynote speech at the symposium, Dominique Mégret, head of Swisscom Ventures, the corporate venturing unit of Switzerland-based telecoms operator Swisscom, said that even relatively small companies and countries can succeed if they target “very ambitious and inspiring projects, the moonshots”.

Many innovative ideas are being formed, often as spinouts or startups from student and faculty at universities, then developed and funded using some of the $22 trillion of cash on company books.

But there are two main threats facing the community. First, as Kaloyan Andonov, head of GCV Analytics, noted in his keynote speech, there has been a record number – more than 1,000 – corporations doing their first CVC deal through the pandemic.

This massive increase in new units risks diluting the growing reputation for professionalism and competence in the corporate venturing community during the past decade.

Greater experience of investing and the GCV Institute, which trains business units and management on how to land the value of corporate venturing and go beyond venture investing into business development, have reaped enormous rewards for the committed. But a large wave of inexperienced CVCs risks entrepreneurs being unsure whom to trust and with other venture investors leaping on the opportunities there is a risk it could damage the entire sector, tarring everyone with the same brush of “dumb money”.

This leads to the second concern: the mindshare that good CVCs have with the best entrepreneurs is weakening, as capital flows towards them from multiple directions.

When tracking CVC deal volumes and values against the broader venture data recorded by Pitchbook, there is a clear decline in the percentage of total money in rounds that now include at least one corporate over the past three to four years.

The scale-up in the venture ecosystem in the 2010s – to about $1.37 trillion according to Pitchbook – was primarily because corporations were involved in up to 75% of all rounds by deal value in the latter part of the decade, according to GCV analysis.

Corporations scaled up and professionalised the industry, with China-based Tencent investing almost all its free cashflow of about $10bn per year in CVC deals, according to managing partner Jeffrey Li and hence building up at least 160 unicorn portfolio companies. SoftBank’s ability to raise almost $100bn for its first Vision Fund showed venture was scalable and no longer a cottage industry for lifestyle-focused dilettantes.

Now, other types of professional investors see the opportunities to invest more and faster. Tiger Global Management has reportedly attracted $8.8bn in the first close of its biggest venture fund on record, according to Bloomberg. The fundraising brings Tiger’s assets to about $95bn, up from $28bn in 2018.

Data from Silicon Valley Bank in its state of the markets report at the GCV Symposium indicates about half of all money going into rounds now includes the biggest hedge funds and VCs, such as Accel, Coatue and Tiger and massively scaling up all round sizes. Sequoia’s public fund move to create an evergreen model promises even more money into the ecosystem.

This pressure is forcing out earlier investors, such as corporations ahead of initial public offerings, while valuation increases for private and recently public companies, such as 23&Me or Rivian, are such that they can no longer be afforded by corporations, according to Bayer’s Marianne De Backer in her fireside chat at the GCV Symposium.

This encourages CVCs to invest earlier or try venture building to develop opportunities – a riskier proposition and harder to develop partnerships with business units or certainty around strategic fit. These deals can be successful, but they can also take decades to play out and if disruption or a downturn hits, then the pipeline of returns can look barren.

But investing and building teams for the longer-term surely pays off and this is where optimism could be warranted.

GCV has run some numbers for its second book, Transformative Innovation, co-authored by Christine Gulbranson, venture capitalist and former CEO of Sergey Brin’s family office, as well as ex-chief innovation officer at the University of California System.

It shows how over 20 years there is a marked correlation with CVC as an indicator of innovation for the corporation. Those that fail to retain or support exceptional corporate venturing talent are likely to struggle.

And their shareholders will take notice. BlackRock, the world’s largest shareholder in public companies, described how even its CEO, Larry Fink, has started to take  CEOs to task for their failures.

The past quarter of a century has seen a failure of these institutional investors to recognise that companies paying back more in buybacks and dividends to current shareholders has been denuding these businesses of the armour needed to fit the ‘innovation wars’.

If this changes and more flows to innovation, then corporate venturing should do well and be supported. But it will only happen if the industry continues to invest as much internally on its professional development and benchmarks itself rigorously to communicate with management and entrepreneurs how and why they add value and are competent. 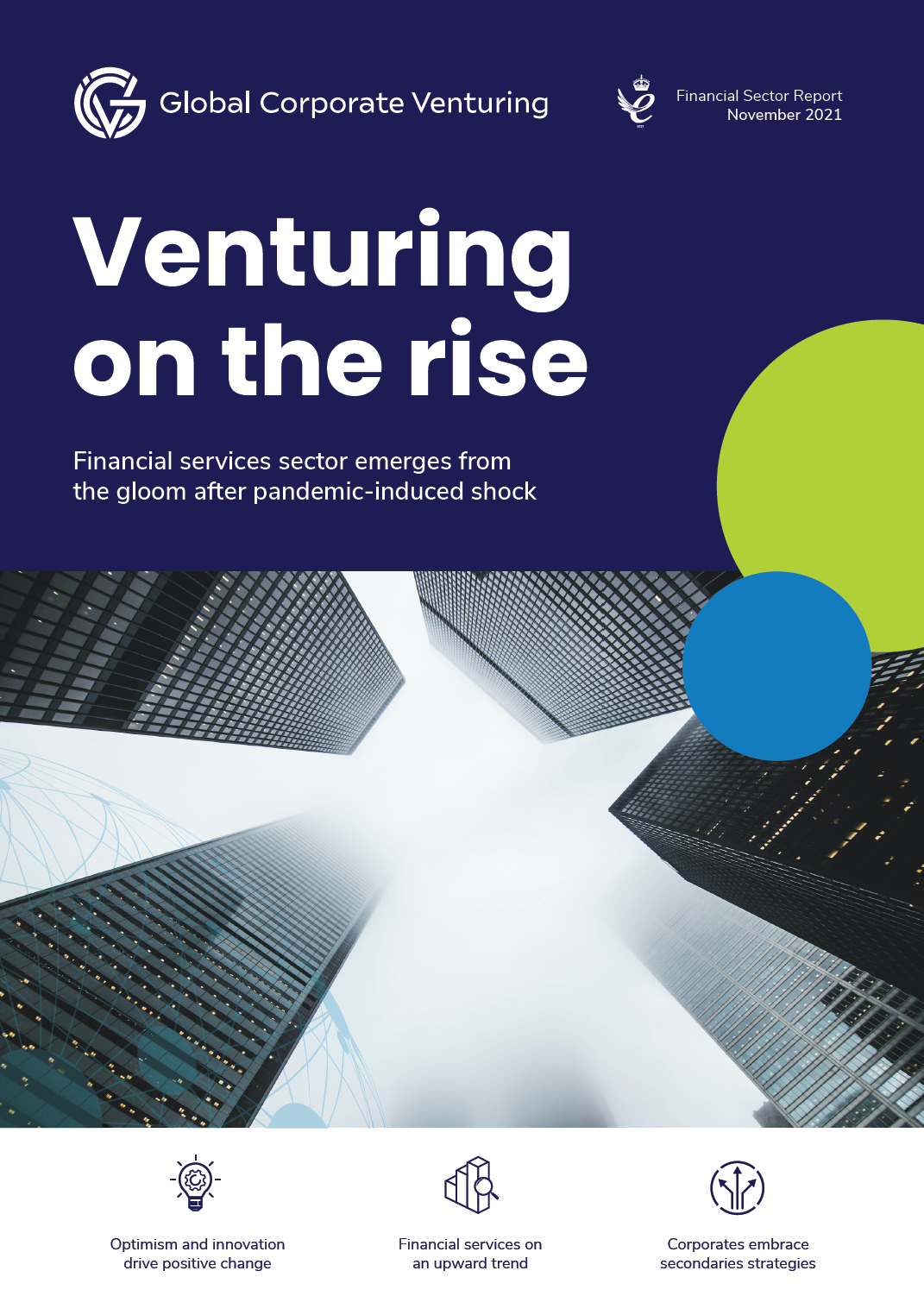 Financial services on an upward trend