E-commerce fulfilment technology provider Fabric closed a series C round, backed by Koch Industries and Harel Insurance and Finance. This is one of the latest sizeable rounds in the still booming e-commerce space.

US-based e-commerce fulfilment technology developer Fabric raised a $200m series C round, which featured chemicals and energy conglomerate Koch Industries and insurance provider Harel Insurance and Finance. The round valued the company at north of $1bn and took its overall funding to $336m. The transaction was led by Singapore government-backed investment firm Temasek and also by Union Tech Ventures, Canada Pension Plan Investment Board, Wharton Equity Ventures, Pontifax Global Food and Agriculture Technology Fund, KSH Capital and Princeville Capital. Koch Industries committed capital through its corporate venturing arm, Koch Disruptive Technologies.  The company plans to use the fresh capital to expand its platform across the general merchandise market and build a network of micro-fulfilment centres across the US. The proceeds will also be used to recruit new staff for technology, commercial and operations teams based in Israel and the US.

Founded in 2015, Fabric provides robotic micro-fulfilment technology that makes on-demand fulfilment more profitable and scalable for retailers. The company’s modular approach gives retailers the flexibility to build fulfilment centres that fit their requirements, choosing between a platform model which can be run and operated independently on site, and a service model in which fulfilment is offered as a service. Fabric runs micro-fulfilment operations for grocery and general merchandise retailers in the cities of New York, Washington, DC and Tel Aviv, and has recently signed partnerships with Walmart, Instacart and FreshDirect.

Fabric is part of the broader e-commerce space, which has seen much interest from corporate venture investors over the past few years, as the GCV Analytics bar chart below shows. The number of corporate-backed rounds in this space has remained stable at 50 or above per year over most of the past decade, with occasional peaks in total estimated dollars. However, this year so far has been a breakout, with 102 such rounds by the end of October, worth an estimated total of $8.95bn. This implies that there is likely an upward pressure on valuations along with much deal making at the same time. The pandemic appears to have boosted the development of e-commerce. 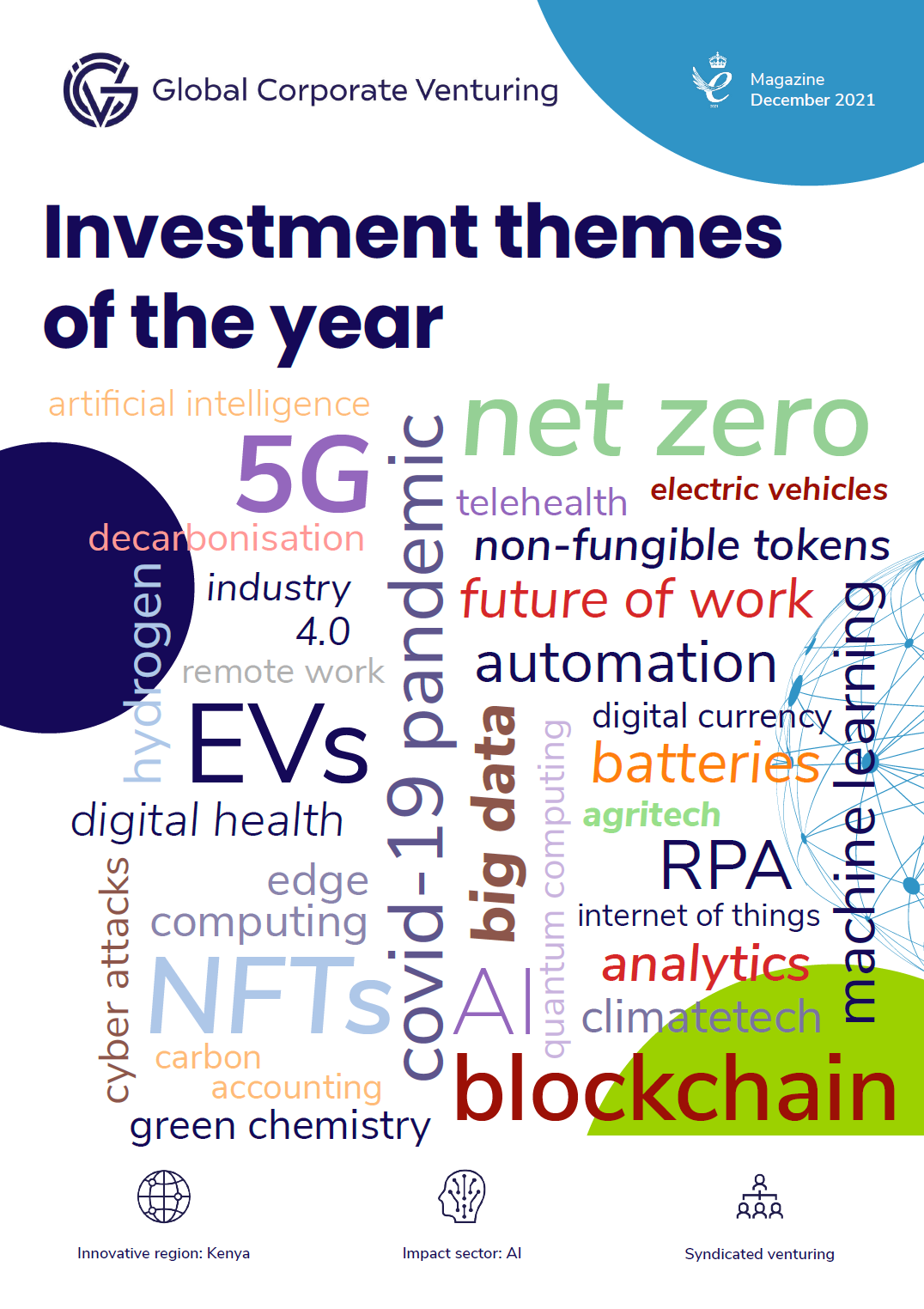 Privilege of an innovative position

GC Ventures America – venturing for chemistry with a global footprint

Syndicated corporate venturing: what all companies can learn from life sciences

Need for speed: CVC as an innovation tool

Crypto companies insider ownership is approaching that of classic startups